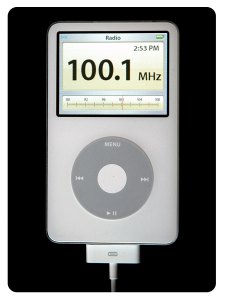 I was listening to Andy Barrie, the great host of CBC Radio One’s Metro morning, who announced his retirement after 15 years of leading this top-rated show. I will miss his gift for making radio interesting and informative.

This change to Toronto’s number-one radio show coincidently follows on the heels of a conversation I had with a friend who’s a veteran news radio guy and professor. We were discussing students in his radio class. Some of these students find it impossible to listen to the radio. Besides the fact that it’s surprising that a young radio student is struggling to do his homework and listen to the medium he signed up to study, I wondered if young adults, millennials let’s say, don’t listen to radio.

With the advent of iPods and podcasts and other new and cooler mediums has radio become irrelevant to the younger generation?

What does this mean for marketers? If you’re selling to boomers and anyone over 35 then radio can be a bigger part of the mix. If you’re trying to connect your brand with a younger crowd then radio may not be as worthwhile.

Radio needs to highlight its relevance by reminding us of what this medium does best and why it remains relevant. Of course iPods, iTunes and podcasts seem to be more popular ways to enjoy music. But community radio still delivers great programming. And even though video is fantastic for storytelling, the oral tradition continues via radio.

CBC Radio’s effort to attract younger listeners with the likes of Jian Ghomeshi on Q is a good example of how radio can thrive. The content is interesting and can be seen on YouTube, downloaded as a podcast and listened to online. Add in Ghomeshi’s tweets and you have a an older medium connecting with newer mediums to sustain and increase listeners

Perhaps Andy Barrie’s retirement from Metro Morning is another opportunity for CBC to extend beyond AM/FM and reinforce the relevancy of radio. Whatever the direction of Toronto’s favourite morning radio program, Mr Barrie will be missed.

2 thoughts on “Radio’s part in the marketing mix?”